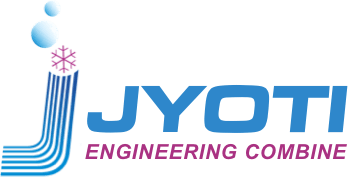 Let’s introduce you to some of its powerful features!

Listed below are the prominent features and benefits of a Sabroe compressor:

Therefore, Sabroe compressors come with a host of features that make them easy to use and maintain. Now that you understand the features and benefits, let’s move on to applications.

When Do You Need Sabroe Compressors?

A Sabroe reciprocating compressor is used in a variety of industries, from manufacturing to food service. This type of compressor is often used for high-volume processes that require a constant supply of compressed air. It is also a great option for facilities that don’t have a constant power supply.

Apart from that, Sabroe compressors are often used in the oil and gas industry to provide air to pneumatic tools. Not to mention, a Sabroe unit is designed to run both indoors and outdoors.

Get Sabroe Compressor from JEC

The Sabroe Compressor is a reliable and efficient air compressor that can be used in various applications. JEC is an acclaimed manufacturer of OEM-quality refurbished Sabroe reciprocating compressors that are supplied to their clientele all across the globe.